If you decide to manipulate magic, bear the consequences of your decision

I am a young man of 25 years, I own an electrical appliances store  And I used to love very much from when I was young, watching horror stories and hearing about mysterious things, even though I was young, but I did not like to sit and play like children and not watch cartoons 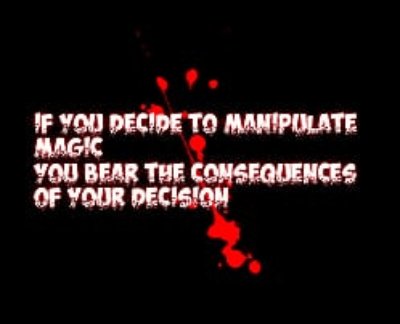