The Arab civilization is one of the most civilizations known for its different stories and legends from the rest of the world, and thus it has become known and spread. One of the most famous myths of the pre-Islamic era, most of whom were inspired by literature such as his legend 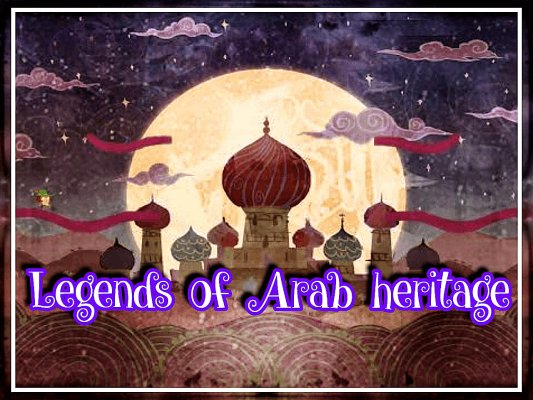 The Arab civilization is one of the most civilizations known for its different stories and legends from the rest of the world, and thus it has become known and spread.
One of the most famous myths of the pre-Islamic era, most of whom were inspired by literature such as his legend 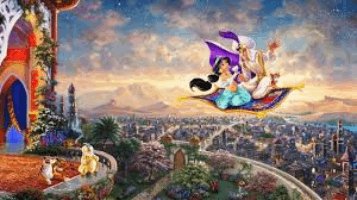 This legend is one of the most well-known folk tales in the Arabian Peninsula, and it is one of the legends of the Arabs after the period of the advent of Islam
As since the publication of Les Aladdin, it has been the focus of attention and attention of young and old, from ancient times to the present day, and it is considered part of the book A Thousand and One Nights.

Which tells about the story of the poor young man who has a monkey whose owner teaches him sleight of hand and who was wronged by Jafar the deceiver the sorcerer who used to bewitch the Sultan, the father of Princess Jasmine and took this young man to bring him the lamp then when Aladdin came with what he ordered him to do he threw him into the hole to perish but fortunately the monkey had He reaped what Aladdin sowed in him by learning sleight of hand and taking the lamp from him by saving his life from this moment, and he decides to become a prince to have the opportunity to see Princess Jasmine, who he saw before in a market, and it is said that this story was in Baghdad 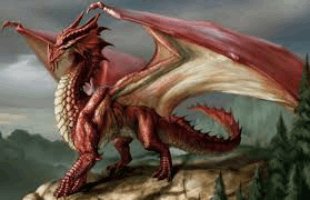 Bahamut is a mythical creature that appeared in the legends of the pre-Islamic Arabs and also before Islam. It was known at the time as a giant fish characterized by brutality. It lived in the depths of the oceans and seas. The ancient Arabs thought that this giant fish was carrying the earth on its upper back, and that its head would Similar to the head of an elephant or a rhinoceros, the legendary Nesnas beast, this Nasnas was a very scary beast, and it was said in the past that these Nemes were offspring produced as a result of the mating of a demon with a human, and they also have control and the ability to kill humans and make them without a body when Just touch it, and that, of course, is one of the most amazing things to hear about

And this monkey was described in the stories in the past as a frightening shape, and it had half a head and also half a body, and it used to make a group of giant jumps with only one foot, attacking people and killing them brutally

This mythical creature was one of the strangest Arab mythical creatures in the Middle Ages
It is said in ancient times that Shadhavar is a creature similar to a rhinoceros, which has one horn that is giant and about 42 branches that are hollow in this horn, and there was much talk about it in the Middle Ages, and it was transmitted through the ages. 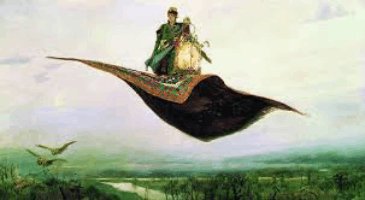 It is one of the most legends known all over the world. It tells of a sailor and an explorer who is known for his courage and love for adventure. This legend was the birthplace of her story in ancient Iraq. His story comes that he visited many places and befriended many creatures, wondrous beings, and magicians.
Many unseen lands and islands that were not known before 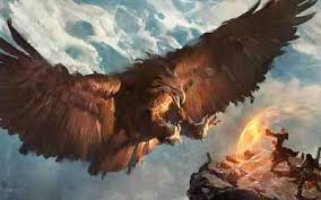 It is one of the most famous legends among the Arabs since ancient times, and it is characterized as a very giant bird and is related to the story of Sinbad. Many sailors confirmed that they had seen this bird before while they were carrying out adventures in the countries of the world, and it is like a phoenix or a thunder bird. 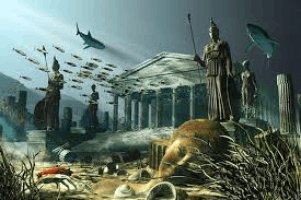 This legend talks about a very old city in the lands of the Arabian Peninsula, but this city was destroyed and disappeared under the sands, due to the anger of God on those who inhabited it, and therefore God sent many natural disasters to it, which destroyed it forever, and many stories appeared on this city

It was one of the oldest ancient Arab legends, and this story is about a woman who was from the city of Najd, from the people of Al-Yamama, and she was known for her strong eyesight, which spread magic, so she had amazing blue eyes alone in sight, and she was able to predict what would happen in the future, but only God knows the unseen, and astrologers lied even if Believe it 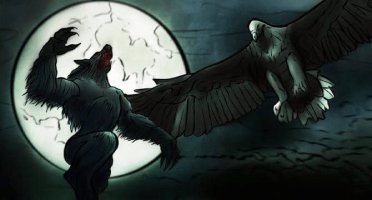 Al-Qatrb is considered one of the popular superstitions that appeared in the Arabs in ancient times. It is a beast that looks like a wolf
As it is a kind of demons or jinn, and this tribe also resembles the legendary ogre creature, and it is said that it lives in graves and eats the bodies of the dead to feed on them 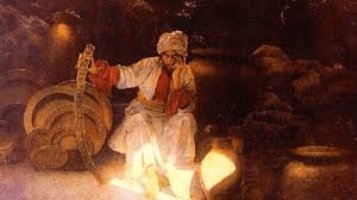 This story is a legend of the Arabs since ancient times, and it came after Islam as well, among the tales of the Book of One Thousand and One Nights. Its story talks about the poor woodcutter who knows the name of Ali Baba, who undertook an adventure that made him discover a group of thieves in their own den, through a sentence he says to open the door. And it's Open Sesame
At that time, by chance, Baba learned about the places of treasures that thieves hide in their lair in the magical cave.