I am 24 years old, a graduate of the Faculty of Arts, Department of Oriental Languages. My story began when I met Ahmed and he was still a new isolated and lived next to us. He was an engineer in the world and moved and had to take an apartment next to us 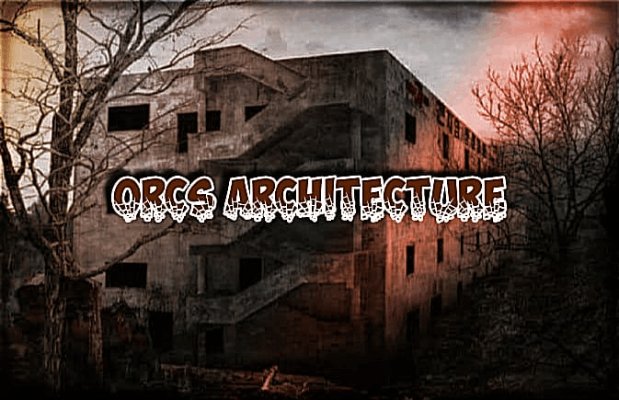 I am 24 years old, a graduate of the Faculty of Arts, Department of Oriental Languages. My story began when I met Ahmed and he was still a new isolated and lived next to us. He was an engineer in the world and moved and had to take an apartment next to us.
We preferred a lot to try to search for an apartment at a reasonable price for our money, but without any hope, we will not find, either we will find a thousand pounds, and we are desperate for salvation, and we start thinking about living with one of our people, either his house, or my house until one day I found Ahmed calling me And he is the joy, I will not want him, and he will say, “Oh Nagham”, all our problems are solved, and I found the apartment
At that time, my heart was flying with joy, but my joy was broken when I first heard this building, and at that time I went to say what? Ahmed say that you are joking about the orcs' building? This is you. If you do not get married at all, you will not live in it, Ahmed. May God guide you. Let us be as we agreed with any of us.
I met him, he told me, this is a decision, we will not discuss its money. The building is not better than our gift in the homes of our parents. Is it an apartment for us, and after tents for a week, I decided that I would give up and go there with the blessing of our Lord, and he is the protector, and we actually saw the apartment and told Papa or Mama, where is it? Where is it other than after Ahmed wrote his contract? Surely, they would not be reassured if I lived in it, but when there was nothing left, we bought it, they would surrender their order to God and salvation, and we actually started preparing in the apartment until I finished and got married, and thank God we had a good week and there was nothing, but the sweet thing is not as they say, because what is coming is much more difficult.
Ahmed got down to work, and my heart was so tight that it would be built on my own, but I did not do anything, do not plant doors, or anything.
Ahmed Jay from work, he said, I don't know, I mean, this is a new elevator, why is it stuck?
He said, "I don't know, my dear, every time I ask for the seventh number, the tenth floor comes to me."

What is really important is your presence for dinner, but I found Ahmed sleeping. I tried to wake him up. He eats, but he is never sick, and sleep overtakes him. I went to the kitchen to remove the food. I heard the voice of someone calling, and suddenly I heard this. But the strange thing is that there is no one at all. So sit down and tell me, tune, it is forbidden for you. So, I am tired and want to sleep. I mean, these arrangements are useful. I then disturbed him, and I told him, I seriously saw someone who said, OK, give me a gift. And I said, “Go to drink,” I actually drank and looked. I found Ahmed healthy, he opened the door, and demanded the elevator. I told him, where are you going, Ahmed Mardash Alia? I went to see him. He would come inside the elevator. Of course, I didn’t know what to do. I went to him. The elevator to go down, but the strange thing is that I came to the tenth floor, and I found Ahmed standing, and inside the house on the floor, I kept calling him in a low voice, Ahmed. Where did he go? Where did he understand me? I did not respond to me. I started to sound and I was terrified from the dark apartment until when I knew what I was doing, I went down the stairs, shivering with fear, and went round to Ahmed and the shock was that I found him sleeping as he was, or as if he was his victim while his workers were crying and losing my nerve. That's when I sat yelling and saying, "No, I'm not ready, I'm not crazy." I told him, "I'm not going to stay here for one second." He said, my daughter, I will leave his daughter, a man, and he went down and found the door Berne. My heart was going to stop. I went to see who and I was terrified. I opened, but I was reassured and happy because I found a father and my mother. They sat down to reassure me, and they sat down. They told me that you are good, my daughter, and of course I do not want to worry them and I told them, thank God, I am very good. It was fine, my daughter, may God make you happy in it, and of course I am inside myself to tell them about everything
The important thing is that I found the apartment door to open, and Ahmed came back from work, but he was so upset that he was surprised that there was a papa and a mama, and they were almost welcome, and papa and mama, they felt that there was something strange, so they took each other and went to walk, but Ahmed got up and sat down telling them: No, we have to have dinner with each other and they stayed with us, but they insisted They were walking, of course, at that time, I asked Ahmed, what is he doing with my family, but I did not talk, and I met him. He sat playing the Qur’an in an unusual way, Ahmed, but I said, “Praise be to God, may God guide him.”
Huh, something strange happened to you today, so I told him: No, thank God, there is no need, why what happened?
He started to sigh a little and tell me and say I and I came. I opened the elevator door. I found many black cats. I entered the elevator with me, although I don't know why all these cats. The important thing is that while I was riding the elevator, I found the cat talking. Ewa, tune, talking and saying we don't want you with us, huh, sure, these are not cats This, O God, does not protect us from the jinn. We must answer a Sheikh who reads. Indeed, Ahmed called one of his friends, his uncle is a Sheikh. He refused to go to work. The Sheikh said that the whole building wanted to be immunized with the verses of the Qur’an. It was as if the whole house was shaking, not an exaggeration to anyone. When we came to the apartment and said, OK, that's okay, God willing. There is no need. And in fact, God honors him. He said his word. He did not do anything. The tenth.....................