There are a lot of people who prefer horror movies and they are used to the haunted dolls in the movies, which got very high viewing rates, but in general, they are just illustrated movies 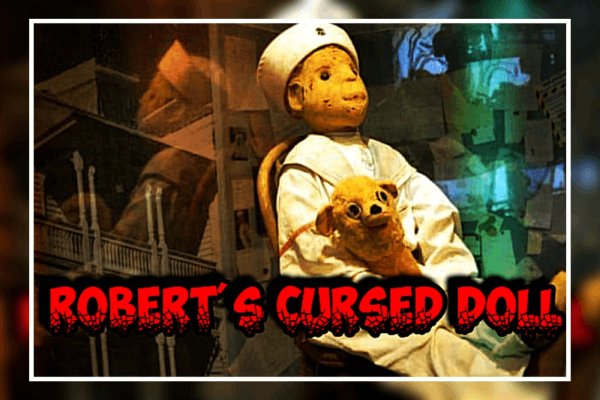 There are a lot of people who prefer horror movies and they are used to the haunted dolls in the movies, which got very high viewing rates, but in general, they are just illustrated movies.
But you can imagine the existence of a real doll that exists in reality and there are many witnesses to the actions of fragile damned dolls 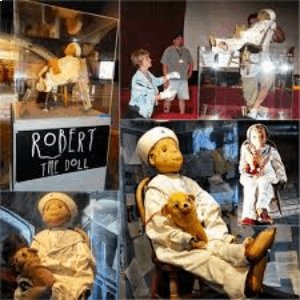 She is the doll "Robert", and it is almost similar in her story to the terrifying story of Shaky, which most of us know her story through her famous series of films.
Robert's true story goes back to the island of Key West, Florida

Where Robert Eugenie was living with his parents and his parents used to leave him and travel, but they left him with the old nanny who is from the Bahamas
Robert's nanny was receiving insults and torture from his father, the child "Robert", whether with her or with all the servants in the house
One day, his mother ordered the expulsion of this nanny from the house, but Robert was very attached to her presence and kept screaming to prevent her from leaving, so his mother had to give her the opportunity until the end of the month to sit in the house to make Robert adapt later to her absence gradually step by step before expelling her

And in fact, the old woman sat at home until the end of the month
Especially in her room, from which she only came out for a few minutes every few days, which made the rest of the servants afraid because they knew that this nanny has a relationship with evil spirits and creates magic spells and magic. "Robert" on her so that he can remember her all the time, and soon the child gets attached to the doll and starts playing and talking to her and takes care of her wearing sailors' clothes and her presence next to him all the time

So far, everything we say is normal and does not have any problems or disagreements, but the abnormal is starting to appear later. The parents and servants noticed the appearance of a voice other than the voice of the child Robert coming from his room as if the child was talking to someone else and at first they thought that the child was changing His voice layers to play the role of someone responding to his speech, but after they paid attention to the matter, they noticed that it was difficult for the child Robert to speak in this voice.

At first, the parents thought that the child was playing and imagining that the doll was the one who responded to him and that he was playing with his parents, but with time strange things began to happen in the house, for example dishes fly and books suddenly fall off the shelves of the library and of course the servants doubted the doll because of their knowledge of the truth about the nanny who was given The doll was for the child and at that time they decided to watch the doll and found it climbing the walls and running away from them and looking at them with sarcasm, so they felt the Arabs in their hearts

Woken after that, the situations that make everyone make sure that there is a really evil spirit controlling the doll quickly increased, when they rushed to the child’s room more than once after hearing his screams and distress, and after they opened the room door, the child consults with the doll and says that she wants to harm him with repeating the scene more than Once and every time in a different way, the parents made sure of the truth of the doll, especially after the neighbors complained that they saw the doll climbing walls and outlets while they were leaving the house.

Here, the parents decided to burn this doll to get rid of it permanently, but the servants prevented them from burning it, fearing that the curse would befall the whole house.

As the years passed, Robert's parents passed away, and the young man married years later to a girl he loved, and after his death his wife decided to sell the house to another family, which consisted of a father, mother and a ten-year-old child. The doll maintains its cleanliness despite the amount of dust scattered throughout the room, which confirms that it has not been used for many years. To visit, as the number of visitors to this museum increased in order to see the real scary doll, which they heard about repeatedly and became famous in all parts of America and they always talked about it and the museum's fame increased as a result of its presence
But what happens if we go to the museum one day and don't find the doll in its place......