One day, when three of his men were sitting over coffee, one of them came, and his name was Hamdan. He told them, “Oh, imagine, men, a demon who is still roaming in the canal 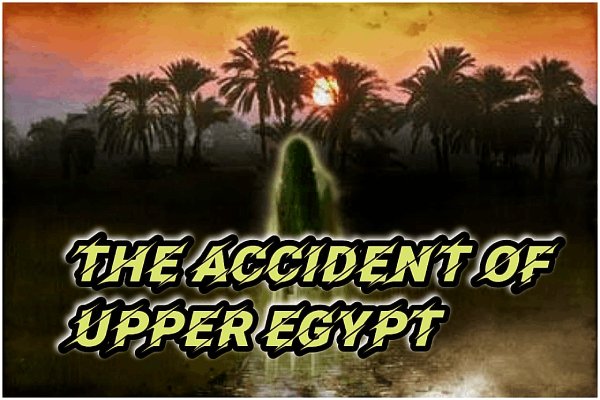 One day, when three of his men were sitting over coffee, one of them came, and his name was Hamdan. He told them, “Oh, imagine, men, a demon who is still roaming in the canal.” Yunus replied to him and said, “Oh, superstition of superstition. There is no such thing as sprites.” There is no such thing as an imp, and the world began to tighten. Satisfied began to guide us. He told us, pray for the prophet, like this. Medicine. I have a solution. You are not, Younes, so brave. That is not the case with a puck or anyone else. He said, “Oh, of course.” If you do this, Hamdan will guide you 2000 pounds, Yunus’s bet, he replied to him and said, “We agreed, but if you don’t pay the bet, he will go to you in a subtle way.” Hamdan replied to him and said, “Shameful, man, go.” He says this man, you find him afraid and going to sleep in their house, and then he replied to him satisfied and said, “Uncle, it is impossible for Younes, his brain is dry, but that he is not younger than himself, and his word is meant for the men, and they preferred to sit together, and they were satisfied.” All of them, and the first time they woke up, they woke up to the sound of the herald in the mosque’s microphone saying “God alone.” He died to God’s mercy. Yunus Ashraf Khalil. Of course, we were all in a state of shock and terror, and we found the police flooding the place, and as soon as we got out, we knew that he died, and when the officer worked with us for an investigation, because we were the last people. We saw our fear, better. We go to Sin and Jim, and we talked about everything that happened, so the officer said, “Yes, he really went to the cemetery, but we found him for no reason. He was on his knees, as if he was kneeling, with signs of panic, as if there was something that terrified him.” The prophet rang while he was up. He found that there was something that was pulling him to the point that he did not know how to walk, and for sure I imagined that he was a puck, that's why he had a heart attack and died, but he died in another way, because he rang the bot on his galabiya, and when he came to walk, he imagined a puck, so he died in labour, of course, the first time we heard this talk We were in a state of shock and regret that we did that. It is enough that he died on the sin of betting is forbidden, and it only brought fatigue and many problems

After that, Radi and Hamdan will say that they do not know how to sleep, and every time they close their eyelids, they imagine Yunus as if he was saying to them, “I will not cry and will be thirsty for the same bitterness I drank from, to the point that they stayed for long nights without sleeping……………..

There was a person named “Uncle Mustafa,” 74 years old, as the residents of the neighborhood called him, and he was the oldest resident of Larry Dizzy Street, and he lived with his family in the building next to the “Denigusion” hotel. He was talking about the building.

Inhabited and he was saying that he had lived in this place since 1954 and he had heard complaints from customers who lived in the hotel and they always complained about strange things happening inside the building, and the customers from the first day would flee from the place because of what they could see of harassment and unfamiliar needs and they heard strange noises from a source Anonymous, for example, when any customer enters the hotel, he goes to the reception and as soon as he puts his things on the floor to complete the routine procedures for booking the room. It suddenly disappeared, and after independence, the hotel was finally closed due to a dispute between its owner and the municipality and matters related to taxes. It was closed permanently in 1968 and the municipality took it and in this case it remained deserted