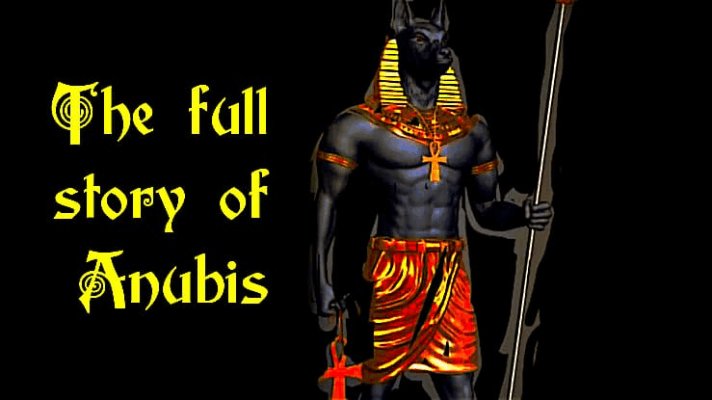 There are many things that express the m and splendor of the ancient Egyptian civilization, and among these things are the ancient Egyptian gods.
The deities were many in number until they reached more than a thousand deities in all different life, such as the god of growth, the god of the sun, the god of fertility, the god of the arts, the god of life and death and many, many others, as well as many ancient Egyptian texts that mentioned the names of the god without referring to their nature
In ancient history, Egypt was civilization, prosperity at a time when all countries were weak and decaying. Egypt was in the height of its splendor and strength. Egypt was the first to know the unification of God.
And that is in their belief that they are the latent power that controls all aspects of the universe. Today we will get to know the god “Anubis”.
He is the fourth son of the god "Ra", but the narration of the late era tells the story as follows, which is that Nephthys became pregnant with him from Osiris, but she was afraid of her husband Set, so she threw him in one of the regions of the Delta and for whom Eze became her guard.
It is known about Anubis that it is a Greek name for the ancient god of the dead, who was represented on the head of a hyena in Egyptian mythology, and we pronounce it in hieroglyphs as Anbu, Anoub, Anubu, B, Einbo, Yenibo, Enbo
Carved prayers for Anubis were found in the tombs of the Old Kingdom, as a guide servant for the dead, and the guardian of the underworld, and his practice began gradually since the era of the Fifth Dynasty to the god Osiris, who occupied his worshipers the greatest status in the ancient Egyptian religion.
The god Anubis had many nicknames, such as the nickname Khenti Emmentio, meaning the imam of the Westerners, in reference to the dead buried in tombs in the West, and it is one of the titles of “Osiris” as well. The place of mummification and Anubis is considered the master of the cemetery, as he is the one who protects the dead
It is known about Anubis that he is the god of mummification, and he was represented in the form of a man with the head of a jackal or a black jackal, an slave of Anubis in Al-Qais, the capital of the seventeenth region, one of the provinces of Upper Egypt, which was known as Enbo, and the Greeks knew him as Kinopolis, which means the city of the dog and the city is in the southwest Bani Mazar, which is located in (Minya Governorate)
In the myth of the divine birth of Pharaoh Hatshepsut and Pharaoh Amenhotep III, Anubis was depicted. The deity with the head of a jackal was depicted on the displayed piece of cartonnage. He was carrying the sun disk and wished the deceased a long life in the afterlife. He wore a golden breastplate and a short kilt with a long tail hanging from the front and two pairs of Sandals, with a white piece of cloth, wide at the back and touching the feet.
Anubis had a great role and place in sanctification, due to his role in the story of Osiris, so Anubis embalmed him and less religious rituals on him, and the color was close to the color of the body
The god “Anubis” had a major and important role in the mummification process, as he cleansed the corpse, then painted it and embalmed it, then wrapped it in linen rolls. He was linked to the embalming process through his role in the mummification of the god Osiris, so the Egyptians became a protector who protected the mummy and the cemetery.
Anubis was associated with the four sons of Horus, who were called Canopic pots, which are specific to the mummification process, and he placed his responsibility on each of them to protect the contents of one of these pots, and often accompanies him in the afterlife. It is wide, and most of it is a question of history. Look at the picture and let them know..............