The golden age of pharaonic Egypt 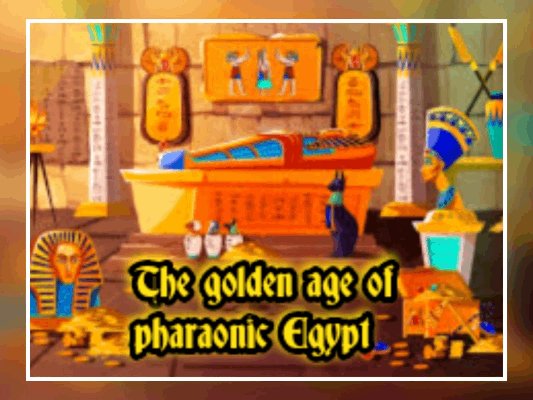 The more distinguished it was, it was introduced to the era of economic prosperity 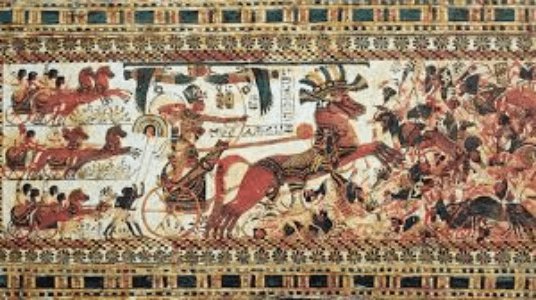 * It was one of the most important features of the era of economic prosperity
* There was a renaissance in agriculture, industry and commerce
* Operation of mines and quarries
* The ingenuity of arts and architecture
* Digging the Sesostris canal
Thus, we will quickly mention the features of the era
As for the families they were in, they are two families, the 11th and 12th families, and the most famous of its kings are King Amenemhat the First, Senusret the third, and Amenemhat the third.
* So, let's take an idea of the work of each one of them:

* We begin with Amenemhat I 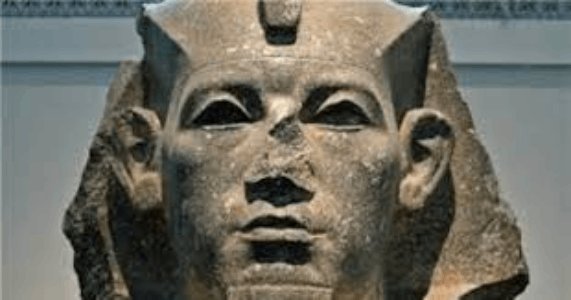 In the beginning, this is how Amenemhat the first, in his beginning, was not a king
What was um? He was a vizier in the eleventh dynasty of one of the kings whose name is not mentioned, and why did he not inherit him? Amenemhat declares himself king of 2000 BC and starts doing some business
The first thing at the time was that the rulers of the provinces were known for their high influence, which for many hours was higher than the influence of the king in a weak state, but he gave him good and knew to subjugate them, but at the same time he maintained his friendly relations with them and did not take away their influence in return for the fact that they owe him loyalty and obedience
The second thing she did was that he moved the capital from Thebes to another place
And it is known as the holding on the two lands, meaning the north and the south, and after that, he began to secure the country’s borders. He was learning from the last time Egypt was exploited and invaded by the Asians, especially if there was a new danger threatening Egypt, which is the danger of the Libyans, and the last thing we can think of is that he made a wall and called it The Amenemhat wall, named after the venerable Amenemhat, is located in Nubia 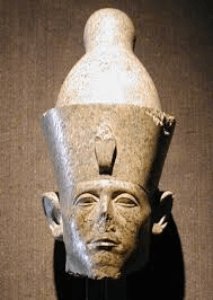 Senusert was a brilliant politician who was very interested in matters of foreign trade to the extent that he dug a canal for us and called it the Seizo Strais Canal. Of course, it was very important because it linked the Red and Mediterranean Bahrain through the Nile River and led to an increase in trade relations between Palestine, Syria and the Mediterranean islands such as Crete, Cyprus and Puntland. Currently Nuba
And not only that. This is the security of the country’s borders and the construction of two castles, he fattened and built them in Nubia. This is because the Nuba is of strategic importance. I mean Nubia is a gateway to us.
And he engraved a painting like this, as you say, a warning, its content is a will for his children, and he is the one who will preserve the borders, he is his son and his son, and whoever does not preserve is neither his son nor of his loins. 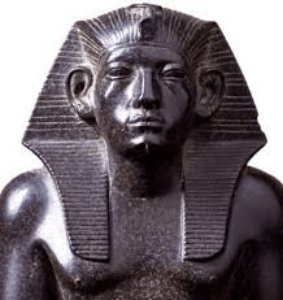 He was known for his great interest in all fields, especially agriculture, which we prove through that he was interested in irrigation matters, so he built the Lahun Dam and this dam helped increase the cultivated lands and regulate irrigation, but he was the first to establish a measure of the Nile at the second cataract and this is to determine the cultivated areas and estimate taxes. If the Nile is measured by scale and they find that the water level is low, it means that the cultivated areas will decrease, and buying and selling will decrease, and thus taxes will decrease and vice versa.
And satisfied, he built the Hawara pyramid in Fayoum. It was not the same size as the rest of the pyramids, but whatever pyramid was
This is not the temple of the labrant or the labyrinth palace that he made
* And after King Amenemhat III, weak kings began to sit on the throne of Egypt, which resulted in the fall of the Middle Kingdom, and they were satisfied due to the increase in the influence of the regional rulers and their struggle for power and their struggle with the Pharaonic House, which resulted in the fall of the Middle State and greed began to increase to the extent that a great power was able to enter the country, which is the second stage of decay. And it remained from the thirteenth family until the seventeenth and the era of decay is a state of weakness that afflicts the state in a certain period of time and its seizure and they are

* Hyksos
The Hyksos are Bedouin tribes who came from Asia through Palestine to control the country by invading it.
In fact, the Hyksos entered Egypt and succeeded in controlling the delta and established their capital there in the east of the delta, which is Orais.
They encamped on Memphis and seized it and the southern provinces of Egypt

* Medicine and where were the Egyptians then?!
The Egyptians were divided and in a state of chaos due to the struggle of the rulers, which resulted in the disintegration of the state, other than the large number of Hyksos that exceeded the number of Egyptians by stages, and their military prowess and their use of modern weapons were not about the Egyptians
Indeed, they entered Egypt and the Egyptians called them Shepherd Kings, because they had taken over Egypt unjustly

In principle, they treated the Egyptians the worst treatment in history, and they destroyed their temples and plundered their money, and despite everything, they imposed taxes on them and built castles and fortresses and dispersed their forces over them until they silenced the age of all Egyptians and no one dared to revolt against them. As for their dealings in civilization

They were very affected by it, to the extent that they wore Egyptian clothes, spoke the Egyptian language, and were given Egyptian nicknames.
The preference of the Egyptians to dislike the Hyksos is great until a family of good princes came and decided that they would expel the Hyksos from the country. The family consisted of a father, a mother, an older son and his younger brother
The father is Seqenen Ra, the eldest son is Kamose, the mother is Ahhotep, and the younger son is Ahmose
And the first to fight the war, which is the first stage, is the Navy of Tahrir, and he is Seqenen Ra, but he will die at the beginning of the stage.
And the one who will continue the war after him is Kams his eldest son, but unfortunately he will die with consent and so he will not be left except for the youngest son, Ahmose, and he was confused and hesitant to meet the Hyksos who killed his father and brother, but his mother encouraged him to fight to continue his fatherhood and brother’s path, and I thought that she would keep him away from the war for fear of losing him because it was The interest of the country for her is more important than the lives of her relatives, and she began to inspire enthusiasm in Ahmose, and indeed the battle began, and indeed Ahmose began to think, but he thought about the reasons for defeating his father and brother in order to avoid mistakes, and then he realized that it was necessary for him to have the same level of Hyksos weapon in order to achieve military parity. Their capital, Avaris, and was able to defeat them and pursue them until they returned to their country, and thus the era of decay has ended, to begin a new era, which is the era of the modern state............