The strangest country in the world

There are many strange cities that are the focus of people's attention in terms of their strangeness and departure from the ordinary. For example, today we will see a group of cities with an ample share of strangeness

There are many strange cities that are the focus of people's attention in terms of their strangeness and departure from the ordinary. For example, today we will see a group of cities with an ample share of strangeness. 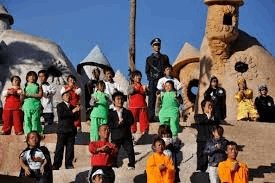 A generation of dwarfs established a real city in the capital, Kunming, and their height did not exceed 130 cm, as the average tourist who visited this city would feel when he visited the city that he was a giant man who entered the world of fairy tales, as we see in foreign films, science fiction or cartoon films. 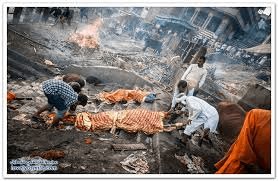 The Russian city of Dargavs is considered one of the most frightening cities in the world, and it is called the "City of Death", as it is characterized by the difficulty of access to it, because it is built inside a mountain, which makes access to it very difficult, due to the spread of many legends that say that all visitors who went to No one ever returned from the town, and it is most likely that they died and were buried there, and he did not know the truth until now. 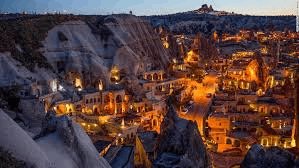 It is a giant archaeological city located underground in Turkey specifically, where it is the dream of many people to travel to Turkey, where it was found by chance in 1963, and this giant archaeological city consists of 11 underground floors and it is so large that it can accommodate about 50 thousand people. This is not all This wondrous city contains all the necessary amenities such as olive and wine presses, stables, storage rooms, dining rooms and chapels.
The entrance to this complex city is through several very heavy stone gates, and all of these gates are closed from the inside only, not from the outside, in an innovative mechanical way that astonishes those who see it. command

The city of Chamula, Mexico, it is forbidden to take pictures 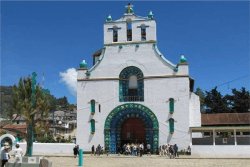 There, in that remote city, if you drink Coca-Cola, it will save you from the darkness. Yes, do not be surprised. These are the strange ideas of the people of the city, which include many oddities, as they have many oddities in it, such as there is a firm belief that taking pictures takes part of the lives, so if you go there, do not take pictures except surreptitiously, otherwise she would be accused of attempted murder, and this is something that we cannot actually relate to, as it is known that most countries love and love photography, and in particular girls

Twins City, Brazil, and the reason is Hitler 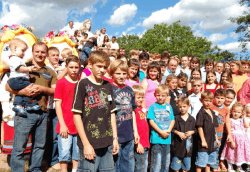 In that city, the number of twins exceeds the global rate by 1000 percent, and this is what made the Brazilian authorities call it the City of Twins. Hitler to Brazil and did medical research there that led to this strange phenomenon

This is part of the strangest cities that we have known
And I wonder what is the most city you would like to visit?