I am from a village far from Cairo, and because my university stayed in Cairo, so I had to settle in an apartment or any university housing. 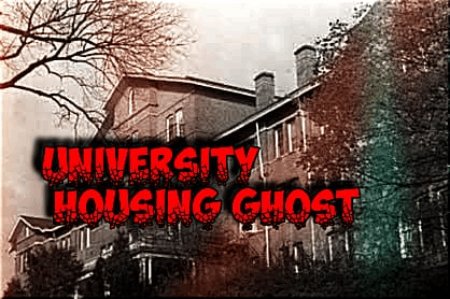 She votes and breaks in any thing she intended. I ran for her to gift her and try to understand from her what is in it, but she did not talk about her gift, and I let her sleep and the other day I went to college, and when I came back, I found something that I cannot forget until now.
The first time I opened the door of the room, I found a rose on the ground, with a broken buzzing on its side and bloody hands, I tried to vote and call anyone, but no one heard me. From last year, Mayada
Did you tell them she died?!!! How did she die, my friend died, how did she die?
She told me, I didn't tell you that there is a demon that appears in the building, Mayada, and I told you, take care
I told her, No, I am sure that Warda is Aisha. I saw her myself. At that time, she told me Warda was an excellent girl and a simple village girl. She came to Cairo, and she actually responded in the literal sense, but from him to God, who was the reason for her friends in the room. She commits suicide other than her fall. All this left her with the end of her life with her own hands. From her time, this room is locked, but the supervisor of the role, may God reward her. When she found that the number was complete in the building, she sat you in her room, hoping that when she lives, there will be nothing left of her greed. Let her open the room and place you on your luck
I kept hearing these words and I was shocked and did not believe, I mean, all this time I was sitting with the spirit of a rose?!
The strange thing is that I did not leave the room. I preferred a seat in it and I did not leave it until after I graduated, and for the past four years I felt like it was with me everywhere
I heard that there is a female student named Somaya Hetiji who is being booked in the university house, especially in my abode.
I hope she loves Warda as I loved her and sympathized with her story and I hope she enjoys her time with her.........

Imagine if it was a rose that used the mobile correctly, she was living and graduating in her time. Imagine that a mobile lost her future
The fault is not in the mobile phone nor in Facebook, the fault is in the way it is used
There is nothing more important than your future, there is nothing in the world that deserves that your future is wasted because anything is your study and your superiority above everything.
Always choose your path, the path you are proud to walk on
Every step comes at the right time and in the right way. There is nothing more beautiful than feeling superior and caring for the future
Your interest in your future and your being is the biggest goal and the best path that can do you justice. It is your strongest weapon in your life, and it is the most important weapon in your life with which you can overcome any difficulties.................